An artist of outstanding style and virtuosity, Hyeyoon Park has achieved international acclaim with orchestras such as the Symphonieorchester des Bayerischen Rundfunks, London Philharmonic Orchestra, Orchestre Symphonique de Montreal, NDR Elbphilharmonie Orchester, and the Mariinsky Orchestra, as well as the NHK, Tokyo Metropolitan and Yomiuri Nippon symphony orchestras. The youngest ever winner of the ARD International Music Competition in Munich at seventeen in 2009, Hyeyoon was also a recipient of the Borletti-Buitoni Trust Award in 2011. A keen chamber musician, she has appeared at music festivals around the world, including Marlboro Festival at the invitation of Mitsuko Uchida, and has collaborated with partners such as Gidon Kremer, Andras Schiff, Christian Tetzlaff, Antje Weithaas, Yuri Bashmet, Lars Vogt, Daniel Hope, Alban Gerhardt, Jan Vogler and Florian Uhlig.

For a full-length biography for Hyeyoon Park, please click HERE.

Winner of the Keyboard Final of the 2004 BBC Young Musician Competition at the age of eleven, Benjamin Grosvenor is now an internationally regarded pianist performing with esteemed conductors and orchestras across the world. A BBC New Generation Artist from 2010-2012 Benjamin has performed at the BBC Proms on a number of occasions and in 2015 starred at the Last Night. Exclusively signed to Decca Classics, the youngest British musician to do so, his recordings have received numerous awards, and in October 2016 he was announced as the inaugural recipient of the Ronny and Lawrence Ackman Classical Piano Prize at the New York Philharmonic.

For a full-length biography for Benjamin Grosvenor, please click HERE. 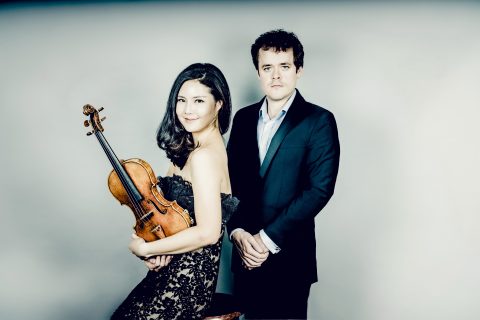 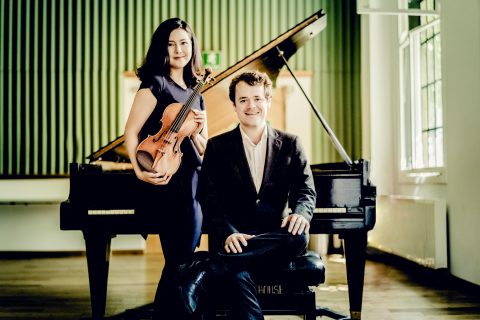 Franck Violin Sonata in A major

Congratulations to Hyeyoon Park and Benjamin Grosvenor for a wonderful week in Munich! The duo gave a recital on Tuesday evening at the Allerheiligen-Hofkirche which received the highest praise from Suddeutsche Zeitung – describing their partnership as at the ‘highest quality in every respect’. Tomorrow (Saturday 14th), Benjamin opens the Berliner Klavier Festival at the…Read more ›

“Together with the great young British pianist Benjamin Grosvenor, Hyeyoon Park forms a world class duo. This was clear in Szymanowski’s “Myths from 1915” whose richness of colour and refined melodies require not only limitless sensitivity, but also narrative creative power … Then a spirited performance of César Franck’s A major sonata, in which the finale was particularly intoxicating. Two encores, a Hungarian dance which set sparks flying, and Schumann’s evening song: gentle and simple. Hyeyoon Park and Benjamin Grosvenor are a major event.”

“No empty hall could sound more still than it did as Hyeyoon Park and Benjamin Grosvenor spun Szymanowski’s gossamer musical fabric in the third movement. Such impressionistic music depends hugely on the quality of its surface and in this performance it was practically flawless. Grosvenor’s touch was astonishingly responsive – as supple in quiet, single-handed lyricism as in flurries of quicksilver virtuosity – while Park made stylish use throughout of portamento and her irrepressibly expressive vibrato … César Franck’s Violin Sonata – the second half of the programme – was a simultaneous showcase of Park’s huge palette of tone colours and of Grosvenor’s ability to conjure clarity from the densest of textures … After so much impassioned virtuosity, Schumann’s Abendlied Op 85 No 12 appeared stark in its simplicity. Yet it was here that Park and Grosvenor’s musical partnership achieved its most touching intimacy.”