‘He commands the stage with aristocratic ease … Mr Grosvenor makes you sigh with joy … A temperament rare in yesteryear, let alone now.’

British pianist Benjamin Grosvenor is internationally recognized for his sonorous lyricism and understated brilliance at the keyboard. His virtuosic interpretations are underpinned by a unique balance of technical mastery and intense musicality. Grosvenor has been heralded one of the most important pianists to emerge from the UK in several decades.

His 22/23 season begins with Prokofiev‘s Piano Concerto no.3 with RSO Wien conducted by Marin Alsop at the BBC Proms. He is ’Artist in Focus’ at The Sage Gateshead, and performs three projects across the season with the Philharmonia Orchestra, including both Chopin Piano Concerti and Beethoven’s Triple Concerto with Sheku Kanneh-Mason and Nicola Benedetti.

In recital, Grosvenor makes his debut at the Luxembourg Philharmonie, in Mainz as part of the SWR2 Internationale Pianisten series and Oldenburg. He also returns to the Théâtre des Champs Elysées, Wigmore Hall, Sage Gateshead, Kennedy Centre, Washington and embarks on a tour of Latin America including returns to Sao Paolo and Montevideo. A keen chamber musician, regular collaborators include Hyeyoon Park, Timothy Ridout, Kian Soltani – whom he appears with at Cologne Philharmonie, and the Doric String Quartet with whom he tours the USA in Spring 2023.

Highlights of recent seasons include debuts with the Chicago Symphony conducted by Paavo Järvi and Scottish Chamber Orchestra conducted by Maxim Emelyanychev, varied projects as Artist in Residence at the Wigmore Hall in the 21/22 season and at Radio France in 20/21. A renowned interpreter of Chopin, he has performed at the ‘Chopin and his Europe’ Festival in Warsaw, Montpellier Festival, Barbican Centre, Southbank Centre, Spivey Hall, Washington’s Kennedy Center, New York’s Carnegie Hall and 92nd Street Y.

In 2011 Benjamin signed to Decca Classics, becoming the youngest British musician ever, and the first British pianist in almost 60 years, to sign to the label. Released in 2020, his second concerto album featuring Chopin’s piano concerti, recorded with the Royal Scottish National Orchestra under the baton of Elim Chan, received both the Gramophone Concerto Award and a Diapason d’Or de L’Année, with Diapason’s critic declaring that the recording is “a version to rank among the best, and confirmation of an extraordinary artist.” His renewal of the Decca partnership in 2021 coincided with the release of Benjamin’s latest album Liszt, centred around the composer’s Sonata in B minor, which was awarded ‘Chocs de l’année’ and Prix de Caecilia.

He was invited to perform at the First Night of the 2011 BBC Proms with the BBC Symphony Orchestra and has since then gone onto perform at this prestigious Festival no fewer than ten times across the last decade including at the Last Night of the Proms with Marin Alsop and BBC Symphony in 2015 and most recently with Beethoven’s Piano Concerto no. 4 and the Hallé Orchestra. He also performed Shostakovich’s Piano Concerto no. 1 with Paavo Jaarvi in the 2020 Festival during the summer of lockdown.

Grosvenor has received Gramophone’s ‘Young Artist of the Year’, a Classical Brit Critics’ Award, UK Critics’ Circle Award for Exceptional Young Talent and a Diapason d’Or Jeune Talent Award. He has been featured in two BBC television documentaries, BBC Breakfast, Front Row, as well as in CNN’s ‘Human to Hero’ series. In 2016, he became the inaugural recipient of The Ronnie and Lawrence Ackman Classical Piano Prize with the New York Philharmonic.

He studied at the Royal Academy of Music with Christopher Elton and Daniel-Ben Pienaar, where he graduated in 2012 with the ‘Queen’s Commendation for Excellence’ and in 2016 was awarded a RAM Fellowship. Benjamin is an Ambassador of Music Masters, a charity dedicated to making music education accessible to all children regardless of their background, championing diversity and inclusion. 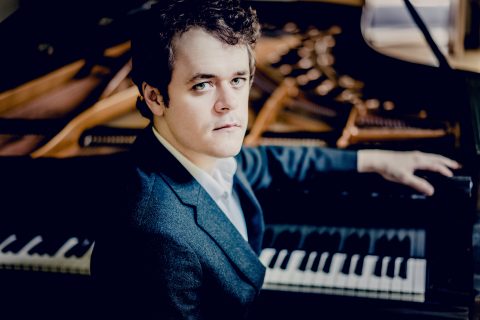 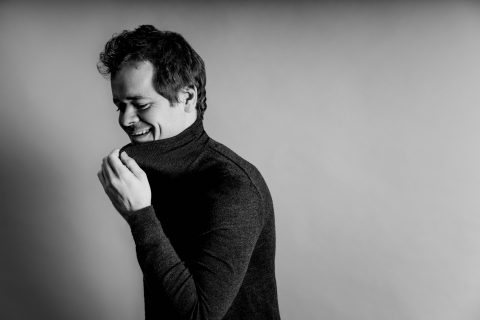 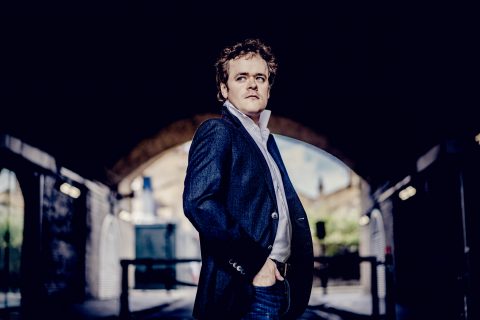 Congratulations to Hyeyoon Park and Benjamin Grosvenor for a wonderful week in Munich! The duo gave a recital on Tuesday evening at the Allerheiligen-Hofkirche which received the highest praise from Suddeutsche Zeitung – describing their partnership as at the ‘highest quality in every respect’. Tomorrow (Saturday 14th), Benjamin opens the Berliner Klavier Festival at the…Read more ›

To mark World Piano Day, today sees the release of a gem from Benjamin Grosvenor’s archive on Decca Classics – Bach’s Siciliano BWV1031 arr. Kempf. You can download/listen here. This comes hot on the heels of his recent honour as recipient of the Prix Caecilia 2021 award for his Liszt Album which he accepted (in…Read more ›

Benjamin Grosvenor has performed Chopin’s Piano Concerto no. 2 no fewer than four times over the past week with Mo. Paavo Järvi and the Chicago Symphony Orchestra to make his triumphant debut with the orchestra: “[In Chopin’s Piano Concerto No. 2, Grosvenor] captured the brooding agitation of the opening Maestoso, where he was in sync with the…Read more ›

“Grosvenor’s ever-gracious virtuosity was muscular, capitalising fully on the sensitivity of touch of a modern grand piano.” 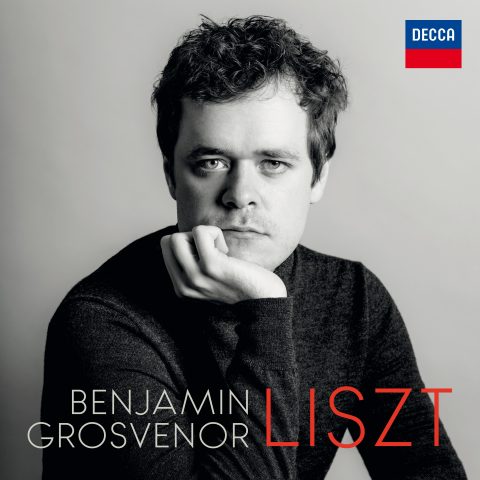 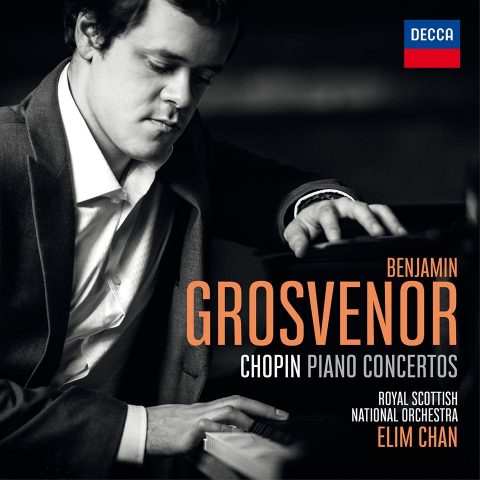 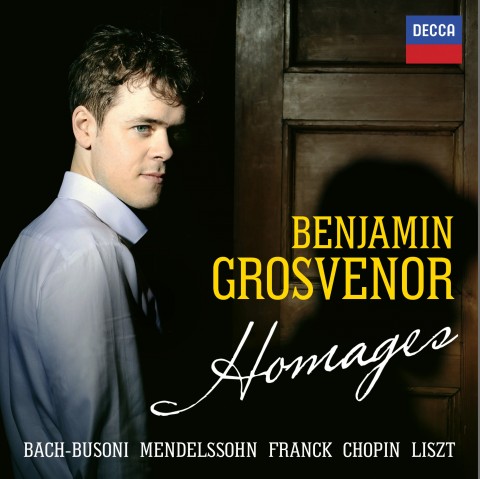 “Homages” explores a number of works in which great composers pay tribute to their predecessors including Mendelssohn, Bach-Busoni, Franck, Chopin and Liszt. 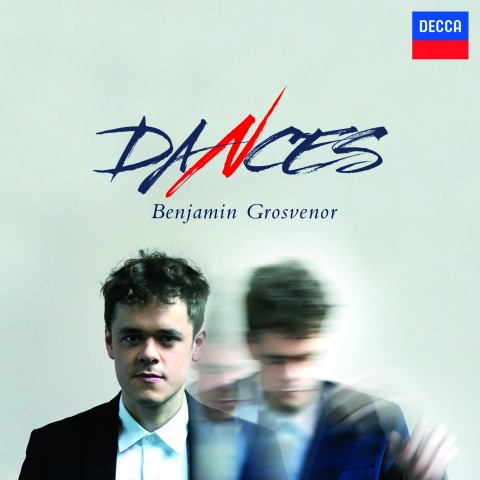 “Dances”, a dazzling display of solo works for piano from Bach to Boogie Woogie; via Chopin, Granados, Albeniz, Scriabin and the Blue Danube.