"a spine chilling recital, an almost hauntingly masterful display of technique and artistry"

Munich-born violinist Viviane Hagner has won exceptional praise for her highly intelligent musicality and passionate artistry. Since making her international debut at the age of 12, and a year later participating in the legendary ‘joint concert’ of the Israel and Berlin Philharmonics (conducted by Zubin Mehta in Tel Aviv), Hagner has acquired a depth and maturity in her playing that is reflected in her serene stage presence and magnificent assurance.

Appearing with the world’s great orchestras, Hagner’s concerto appearances include the Berlin Philharmonic, Boston Symphony, Chicago Symphony, Cleveland Orchestra, Leipzig Gewandhaus, New York Philharmonic and the Philharmonia Orchestra, working with conductors such as Ashkenazy, Barenboim, Eschenbach and Salonen as well as a Carnegie Hall appearance with the Orpheus Chamber Orchestra.

Despite a number of cancelled concerts where she was due to perform his Violin Concerto, this season Hagner will be continuing the Beethoven celebrations with a series of Beethoven inspired recitals with pianist Till Fellner. She also joins the Orquesta Sinfónica de Galicia, Hamburg Symphoniker and Orquestra Sinfónica do Porto Casa da Música amongst others.

Following several recent visits to North America which included returning to the National Arts Centre Orchestra Ottawa for performances of Mozart’s Sinfonia Concertante alongside Pinchas Zukerman, last season she was in residence in Vancouver performing Unsuk Chin’s Violin Concerto with Otto Tausk as well as chamber music and masterclasses. Highlights elsewhere included a tour of Italy with the Camerata Salzburg and recording solo Bach in an empty Berlin Konzerthaus to be streamed online.

As well as bringing insight and virtuosity to the central concerto repertoire, Hagner is an ardent advocate of new, neglected and undiscovered music, championing composers such as Sofia Gubaidulina, Karl Amadeus Hartmann and Witold Lutoslawski. Dedicatee of Unsuk Chin’s Violin Concerto, she gave the world premiere in 2002 with the Deutsches Symphonie-Orchester and Kent Nagano, and has since given performances across Europe, the US and as far afield as Brazil. Last season she gave the Polish premiere with the Polish National Radio Symphony Orchestra and also returned to the George Enescu Festival to give the Romanian premiere with the George Enescu Philharmonic Orchestra.

A committed chamber musician, Hagner regularly appears in concert halls such as the Amsterdam Concertgebouw, Berlin Konzerthaus, London’s Wigmore Hall, the Palais des Beaux Arts Brussels and the Zurich Tonhalle. Performing at festivals across the world, past invitations include the Ravello Festival, Salzburg Easter Festival and the Lincoln Center’s Mostly Mozart Festival.

On disc, the Hyperion label issued Hagner’s performances of Vieuxtemps Violin Concerti 4 & 5, whilst the Canadian company Analekta released her recording of Unsuk Chin’s Violin Concerto with Kent Nagano and the Montreal Symphony Orchestra. Her performance of Christian Jost’s TiefenRausch conducted by the composer with the Essen Philharmonic was released by the Capriccio label to critical acclaim.

Hagner dedicates herself to outreach activities for audiences of all ages. She is a founder and Artistic Director of Krzyżowa-Music, an ambitious festival promoting the exchange of ideas and culture whilst allowing young and aspiring musicians the opportunity to rehearse and perform with internationally acclaimed artists. Residing in Berlin where she grew up, she has been Professor at the Mannheim Conservatory of Music and Performing Arts since 2013. 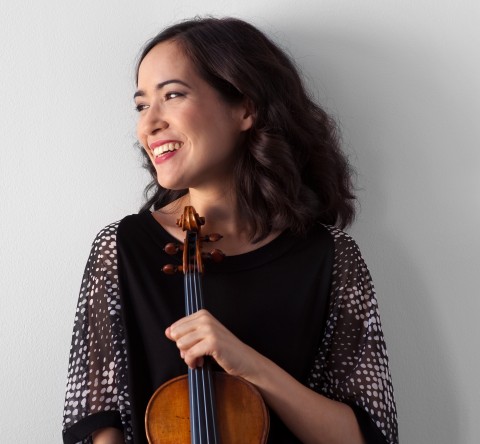 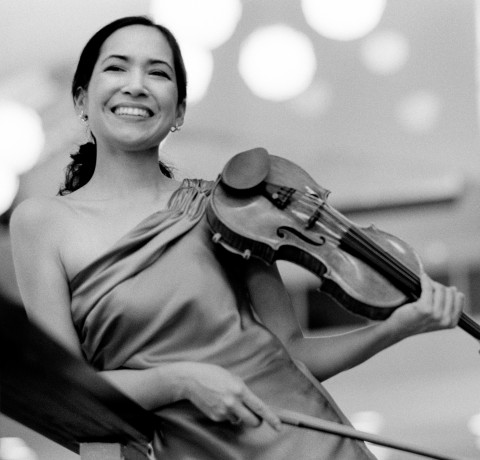 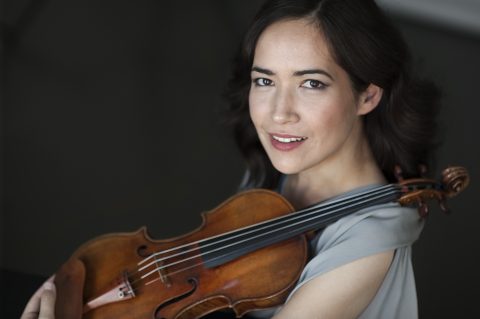 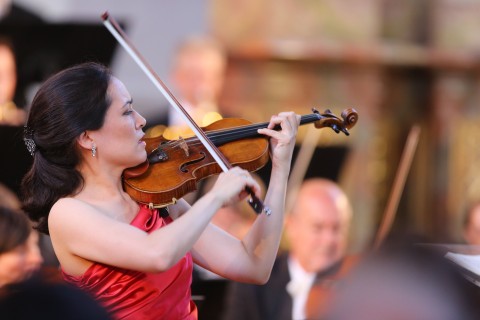 Viviane Hagner joined the Dogma Chamber Orchestra during autumn 2020 to record Mendelssohn’s Concerto for Violin and Orchesta in D minor. They are now very pleased to be able to announce the release of the CD which is the 2nd volume of their Mendelssohn project and also features his symphonies 4-6. Find out more HERE.

Viviane is in Portugal performing in Lisbon and Porto. She takes part in the new Festival dos Capuchos in Lisbon for a celebration of Alfred Brendel’s musical work. She’ll perform Bach duos with Cellist Adrian Brendel as well as Schubert Sonatas and Trios with pianist Filipe Pinto-Ribeiro. Alfred Brendel will be there himself giving talks…Read more ›

Viviane Hagner is delighted to be joining the Hamburg Symphoniker and conductor Sylvain Cambreling to perform Mendelssohn’s Violin Concerto op.64 on Sunday. Due to current restrictions which unfortunately means no audience in the Laeiszhalle, the concert is being streamed online. The programme starts with Mozart’s Overture to The Marriage of Figaro, and concludes with Beethoven’s…Read more ›

Kryżowa-Music is hosting the sixth edition of the internationally acclaimed music workshop with festival concerts from 18th until 30th August 2020. Viviane Hagner, Artistic Director, is delighted that they are able to go ahead and everyone involved is looking forward to making music together.

Viviane was delighted to be invited to perform J.S. Bach’s Violin Sonata No.1 in G minor, BWV 1001 at the Berlin Konzerthaus. After so long without performing she returned to record solo in the empty Konzerthaus in their solo Bach series alongside esteemed colleageus including Suyoen Kim, Midori Seiler and Veronika Eberle. It’s available to watch…Read more › 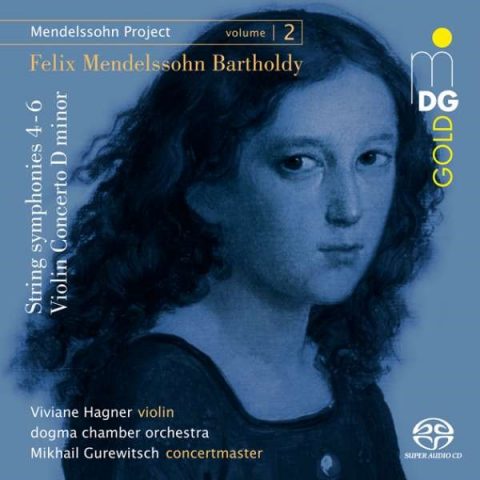 Mendelssohn’s Violin Concerto in D minor with the Dogma Chamber Orchestra, as part of their Mendelssohn Project. 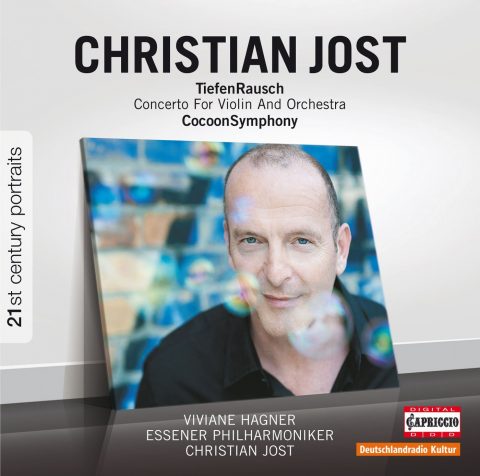 Christian Jost’s TiefenRausch, a Concerto for Violin and Orchestra, with the Essener Philharmoniker and Viviane Hagner (violin).