Internationally recognised for his energetic presence, imaginative programming, and compelling musicianship, Vinay Parameswaran is one of the most exciting and versatile young conductors on the podium today.

Highlights of the 2022/23 season include Parameswaran’s debut with the Charlotte Symphony and return appearances with the Nashville Symphony and Rochester Philharmonic orchestras. He also conducts a series of education concerts with the Chicago Symphony. In the 2021/22 season, Parameswaran concluded five seasons with the Cleveland Orchestra, where he was Assistant Conductor from 2018/19 and promoted to Associate Conductor in 2021. During this period, he conducted many concerts each season at Severance Hall, Blossom Music Festival, and on tour. As Music Director, he led the Cleveland Orchestra Youth Orchestra on an acclaimed four-city European tour that included a performance at the Musikverein in Vienna.

Prior to his time with the Cleveland Orchestra, Parameswaran was the Associate Conductor of the Nashville Symphony for three seasons and led over 150 performances, which included his subscription debut with the Orchestra in 2016/17, conducting works by Gabriella Smith, Grieg, and Prokofiev. Other highlights have included debuts with the Pittsburgh Symphony, Detroit Symphony, National Symphony Orchestra, Louisville Orchestra, North Carolina Symphony, Grant Park Orchestra, Milwaukee Symphony, and Jacksonville Symphony.

Equally at home in symphonic and operatic repertoire, and in the recording studio, Parameswaran has led performances of Mozart’s The Magic Flute and Donizetti’s The Elixir of Love with Curtis Opera Theater. In Cleveland, he has assisted Franz Welser-Möst on productions of Verdi’s Otello, Janáček’s The Cunning Little Vixen, Wagner’s Tristan und Isolde and Strauss’ Ariadne auf Naxos. With the Curtis Ensemble 20/21and violinists Jaime Laredo and Jennifer Koh, Parameswaran recorded the album Two x Four, featuring works by Bach, David Ludwig, Philip Glass, and Anna Clyne. In 2020/21, Parameswaran recorded a selection of concerts with the Cleveland Orchestra for the Orchestra’s digital streaming platform.

Parameswaran was a Conducting Fellow at the Tanglewood Music Center, and has participated in conducting masterclasses with David Zinman at the National Arts Centre Orchestra in Ottawa, as well as with Marin Alsop and Gustav Meier at the Cabrillo Festival of Contemporary Music. Parameswaran was a recipient of a Career Assistance Award by the Solti Foundation U.S. in May 2021.

A native of the San Francisco Bay Area, Parameswaran graduated with honours from Brown University with a Bachelor of Arts in music and political science.  At Brown, he began his conducting studies with Paul Phillips.  He received an Artist Diploma in conducting from the Curtis Institute of Music, where he studied with renowned pedagogue Otto-Werner Mueller as the Albert M. Greenfield Fellow.

Promoters please note: if you wish to include this biography in a concert programme etc., please contact James Brown Management to ensure that you receive the most up to date version.  Email: Jess Chan 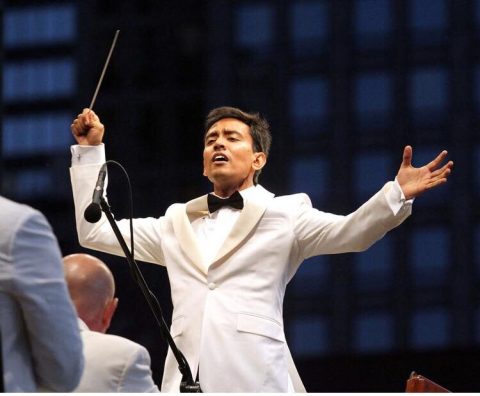 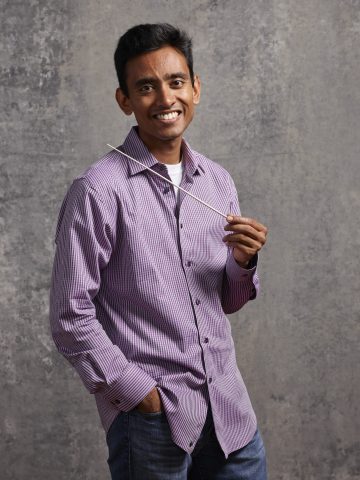 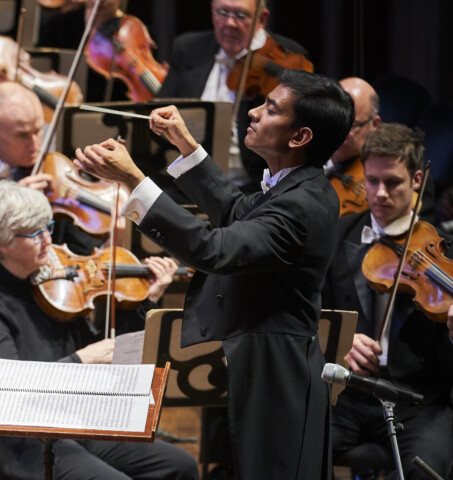 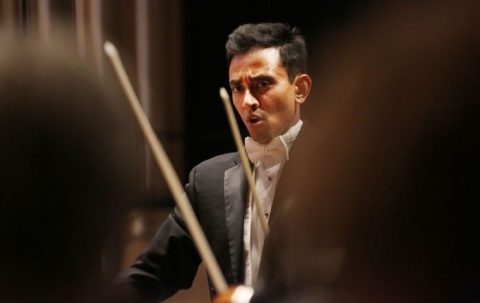 This week Vinay Parameswaran appears on Julia Figueras’ podcast ‘On Record’ with violinist Tai Murray. Vinay and Tai will be joining the Rochester Philharmonic Orchestra this week for two performances of Wynton Marsalis’ Violin Concerto and Jean Sibelius’ Symphony No. 5. In this episode, they discuss the extraordinary language of Marsalis and the exquisite sonorities…Read more ›

We are delighted to announce that American conductor Vinay Parameswaran has joined the JBM roster. Parameswaran has just completed five years with The Cleveland Orchestra, first as Assistant Conductor, followed by a promotion to Associate Conductor, benefitting from generous podium time with one of the world’s finest orchestras. Previously he was Associate Conductor with The…Read more ›

“Britten’s genius is on full display as Parameswaran and the strings imbue each section with concentrated character…At every step, Parameswaran seems to know exactly what he wants, and the players seem to want exactly the same thing. Truly, in this case, for both the conductor and musicians, everything is in focus.”