Over four decades of performance and a catalogue of award-winning recordings for Gimell, Peter Phillips and The Tallis Scholars have done more than any other group to establish sacred vocal music of the Renaissance as one of the great repertoires of Western classical music. They have sought to bring Renaissance works to a wider audience in churches, cathedrals and venues on every continent on the planet except Antarctica! They continue to develop their exclusive sound, praised by reviewers for its supple clarity and tone, and to bring fresh interpretations to music by contemporary as well as past composers.

The Tallis Scholars were founded in 1973 by their director, Peter Phillips. Through their recordings and concert performances, they have established themselves as the leading exponents of Renaissance sacred music throughout the world. Peter Phillips has worked with the ensemble to create, through good tuning and blend, the purity and clarity of sound which he feels best serves the Renaissance repertoire, allowing every detail of the musical lines to be heard. It is the resulting beauty of sound for which The Tallis Scholars have become so widely renowned.

The Tallis Scholars perform in both sacred and secular venues, giving around 80 concerts each year. In 2013 the group celebrated their 40th anniversary with a World Tour, performing 99 events in 80 venues in 16 countries. They now look ahead to their 50th anniversary in 2023. In 2020 Gimell Records celebrated 40 years of recording the group by releasing a remastered version of the 1980 recording of Allergri’s ‘Miserere’. As of the beginning of the cancellations caused by the COVID-19 crisis, the Tallis Scholars had made 2,327 appearances, worldwide.

The 2020/21 season includes performances in: Mosel, Oslo and Macau Festivals, Festival Alte Musik Zürich, Klangvokal Musikfestival Dortmund, a joint concert with The English Cornett & Sackbut Ensemble in Zaryadye Concert Hall, Moscow, and tours of Japan and Italy, in addition to their usual touring schedule around the USA, Europe and the UK. In 2021, the group celebrates Josquin des Prez’ 500th anniversary with performances of all eighteen of the composer’s masses, culminating in a complete performance in the Boulez Saal, Berlin over the course of four days in August.

Recordings by The Tallis Scholars have attracted many awards throughout the world. In 1987 their recording of Josquin’s Missa La sol fa re mi and Missa Pange lingua received Gramophone magazine’s Record of the Year award, the first recording of early music ever to win this coveted award. In 1989 the French magazine Diapason gave two of its Diapason d’Or de l’Année awards for the recordings of a mass and motets by Lassus and for Josquin’s two masses based on the chanson L’Homme armé. Their recording of Palestrina’s Missa Assumpta est Maria and Missa Sicut lilium was awarded Gramophone’s Early Music Award in 1991; they received the 1994 Early Music Award for their recording of music by Cipriano de Rore; and the same distinction again in 2005 for their disc of music by John Browne. The Tallis Scholars were nominated for a Grammy Award in 2001, 2009 and 2010. In November 2012 their recording of Josquin’s Missa De beata virgine and Missa Ave maris stella received a Diapason d’Or de l’Année and in their 40th anniversary year they were welcomed into the Gramophone ‘Hall of Fame’ by public vote. In a departure for the group in Spring 2015 The Tallis Scholars released a disc of music by Arvo Pärt called Tintinnabuli which received great praise across the board. The latest recording of Josquin and Bauldeweyn masses was released in November 2019 and was Editor’s Choice in the Gramophone. This is the 8th of 9 albums in The Tallis Scholars’ project to record and release all Josquin’s masses before the composer’s 500th anniversary in 2021.

Promoters please note: if you wish to include this biography in a concert programme etc, please contact James Brown Management to ensure that you receive the most up to date version.  Email: Lucy Rice 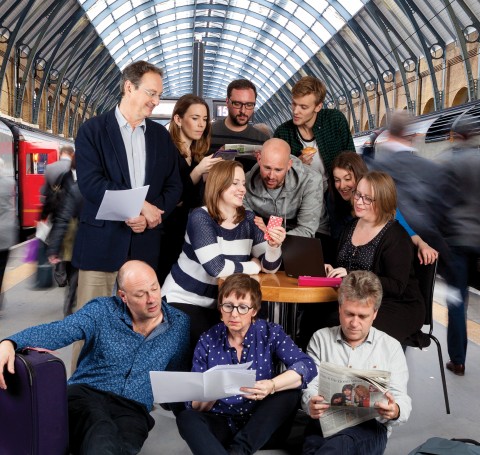 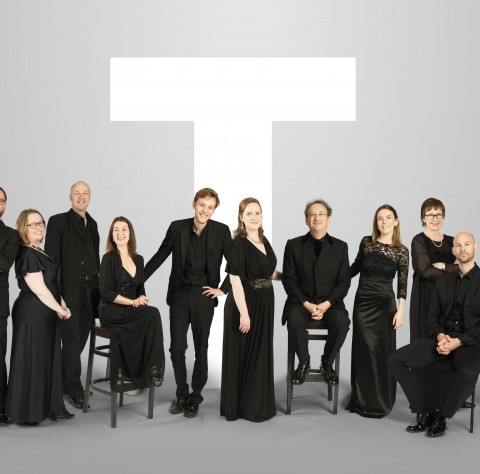 The Tallis Scholars in India

The Tallis Scholars have been invited to give a performance in the Royal Opera House of Mumbai in 2021. This will be the ensemble’s first visit to this country. The programme will include some of the finest pieces of Renaissance polyphony including Allegri’s ‘Miserere’ and Palestrina’s ‘Missa Papae Marcelli’.

“…listening to The Tallis Scholars’ version is an electrifying, visceral experience.”

“This is glorious stuff indeed.”

“this superlative disc … everything about it is the best”

“The English team immediately impressed the public with its spectacular tone, as bright as it is perfect, with impeccable tuning…

Peter Phillips conducted the concert with his usual vitality, precision and attention to detail… allowing all the pieces of the puzzle to fall into place (trans.)”

“There is a pleasure in music that whets the audience’s appetite: to either follow the complex unfolding of the polyphonic motets, or simply to lose oneself in the sound-world… Conclusion: An all-round perfect concert, full of precision and passion. (Trans.)”

“perfect storm of singing… the esteemed English vocal ensemble delivered a brilliant program in all respects: use of the space and of the singers, and choice of literature… The afternoon was a revelation in capturing an audience’s mind.”

“Tallis Scholars Shine in Music Inspired by The Sistine Chapel… The a capella polyphony of the ten Tallis Scholars vocalists was transcendent. one might even say, trance-inducing… Whether you are religious or not, this program of Renaissance polyphony sung by The Tallis Scholars was nothing short of heavenly.”

BBC Prom, August 2011
“Those who stayed on for the late-night Prom by the Tallis Scholars had the benefit of the evening’s most compelling experience…. Inspiring and deeply moving”
The Telegraph, *****, August 2011

“One of the biggest audiences for a late-night prom I’ve ever seen… The 12 singers of the Tallis Scholars understand this musical world as well as anyone can today. They floated the long-limbed lines of the polyphony with unaffected directness, while Phillips shaped them in a perfectly understated way, with the Albert Hall’s resonance for once adding bloom rather than blur to the textures.”
The Guardian, August 2011

“[Victoria Requiem]…the audience sat rapt as Phillips’s team lifted us into heaven. The balance of parts; the expressive ease; the breathtaking beauty of their pianissimos!”
The Arts Desk, August 2011

“This was a concert to treasure….. delivered by expert singers under their totally dedicated and inspiring conductor.”
Classical Source, August 2011