Maria began the 2022/23 season with her solo debut at the BBC Proms performing Kaija Saariaho’s Vers toi qui es si loin with the Royal Northern Sinfonia and Dinis Sousa. As Leader of the Royal Northern Sinfonia, she also directs a number of programmes; one of this season’s highlights includes directing and performing Beethoven’s Violin Concerto. Further afield, Maria makes her Hong Kong debut at the Hong Kong Musicus Festival and joins the violin faculty at Yellow Barn, Vermont.

Last season, Maria gave her New York recital debut at 92NY with Jeremy Denk performing all six Bach Sonatas for violin and keyboard and they return together this season to the Lammermuir Festival.

She appears regularly at the Wigmore Hall and at international festivals such as Musikdorf Ernen in Switzerland, Lammermuir Festival and IMS Prussia Cove as well as a residency at Yellow Barn.  Distinguished artists such as Jeremy Denk, Bengt Forsberg and Dinis Sousa have joined her in recital and other chamber music partners have included Thomas Adès, Alasdair Beatson, Philippe Graffin, Benjamin Grosvenor, Steven Isserlis, Steven Osborne, Hyeyoon Park, Timothy Ridout and the Doric String Quartet.  This season also sees the launch of the Valo Quartet, which she leads; they make their debut appearance in Brussels under the auspices of the Festival Resonances.

Recent seasons have seen projects as a guest leader of the Chamber Orchestra of Europe and the Deutsche Kammerphilharmonie Bremen and solo appearances with UK and international ensembles, including symphonic and chamber orchestras in her home country of Poland.   This season, Maria returns to Leipzig to appear as soloist with Reinhard Goebel and the Neues Bachisches Collegium Musicum at the Gewandhaus.

Recipient of the Royal Philharmonic Society’s Emily Anderson Prize, the Hattori Foundation Senior Award and Poland’s Minister of Culture and National Heritage Prize, she based herself in the UK after completing her studies at the Guildhall School of Music and Drama with Hungarian violinist and conductor András Keller. In 2018 she won both First Prize and Audience Prize at the XXI Leipzig International Johann Sebastian Bach Competition.

Maria plays on a violin by Francesco Stradivari. 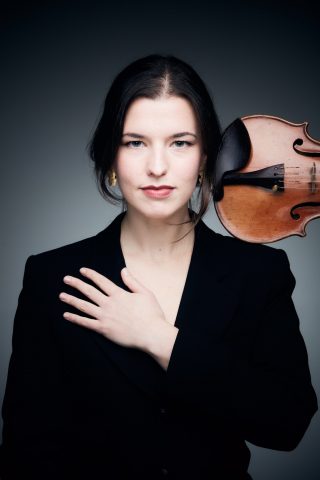 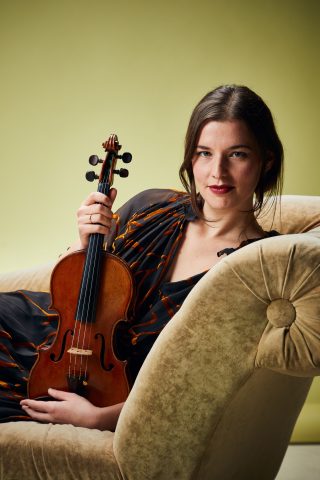 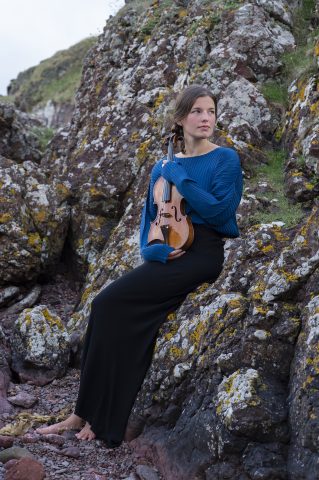 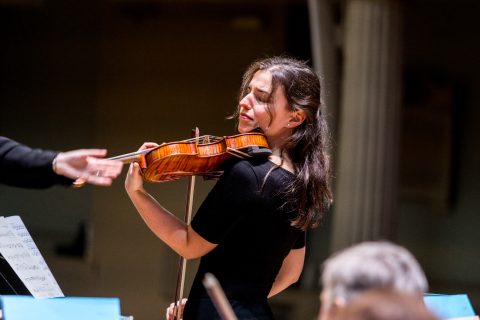 Leader Maria Włoszczowska is joined by Tim Crawford, Lilli Maijala and Amy Norrington to form the Valo Quartet. On 1st September at the Festival Resonances in Brussels, the Quartet performs Mozart’s String Quartet in D major “Hoffmeister” and Mendelssohn’s String Quartet in A minor.

Maria Włoszczowska is in New York this week to make her recital debut there, a concert which forms part of The 92nd Street Y’s ten-day festival The Bach-Mendelssohn Connection. Together with the distinguished pianist Jeremy Denk, Włoszczowska performs the Six Sonatas for Violin and Keyboard by Bach, an immersive experience for performers and audience alike.…Read more ›