Juho Pohjonen is regarded as one of today’s most exciting and unique instrumentalists. The Finnish pianist performs widely in Europe, Asia, and North America, collaborating with symphony orchestras and playing in recital and chamber settings.  An ardent exponent of Scandinavian music, Pohjonen’s growing discography offers a showcase of music by Finnish compatriots such as Esa-Pekka Salonen, Kaija Saariaho, and Jean Sibelius.

This season, Pohjonen performs Daniel Bjarnason’s Concerto for Piano Processions with the Helsinki Philharmonic with the composer on the podium. Other orchestral highlights include performances of Rachmaninoff’s Piano Concerto No. 2 with Rune Bergmann and the Colorado Symphony as well as performances of Mendelssohn’s concerto for violin, piano and strings, beside Erin Keefe, Maestro Osmo Vänskä, and the Minnesota Orchestra. Continuing his long-standing relationship with Chamber Music Society of Lincoln Center (CMS), Pohjonen performs at Alice Tully Hall on two separate occasions this season in programmes featuring works by Stravinsky, Debussy, Shostakovich, and Mendelssohn. Additional chamber projects include a performance at Parlance Chamber Concerts with Danbi Um and Paul Huang, and Cliburn Concerts with Danbi and Karim Sulayman. Pohjonen will perform recitals in Helsinki and at Vancouver Recital Society.

Last season, Pohjonen performed with the Tampere Philharmonic following his debut with the orchestra in 2017-2018 and also performed Daniel Bjarnason’s Processions with Finland’s Tapiola Sinfonietta. Following his performance of Grieg’s Piano Concerto with Osmo Vänskä and the Minnesota Orchestra in September 2019, Pohjonen returned to the orchestra in January 2020 to repeat the programme at Indiana University in Bloomington. Additional highlights included two orchestral debuts: with the New Jersey Symphony performing Grieg, conducted by Markus Stenz; and with the Rochester Philharmonic performing Beethoven’s Piano Concerto No. 1 with Fabien Gabel. Pohjonen made his Philadelphia recital debut at the Philadelphia Chamber Music Society, and returned to Howland Chamber Music Circle in Beacon, NY with a recital.

On the recital stage, Pohjonen made his London debut at Wigmore Hall and has performed throughout Europe, including in Antwerp, Hamburg, Helsinki, St. Petersburg, and Warsaw. He has appeared at New York’s Carnegie Hall and Lincoln Center, at the Kennedy Center in Washington, D.C., and in San Francisco, La Jolla, Detroit and Vancouver.  His festival appearances include Lucerne; Savonlinna, Finland; Bergen, Norway; and Mecklenberg-Vorpommern in Germany, as well as the Gilmore Keyboard Festival. With CMS he has performed significant chamber music repertoire with Escher and Calidore String Quartets in New York, Chicago, and at Wolf Trap, among many other programmes. Other highlights of recent seasons include a recital debut at the 92nd Street Y in New York, in which Pohjonen performed a programme that featured Scriabin’s Sonata No. 8 and Dichotomie by Salonen. In a review comparing Pohjonen’s performance of the same piece in 2019 to his 2009 performance, the New York Times commented that the Salonen “no longer seemed nearly impossible. You might say he played it like a master.”

Pohjonen’s most recent recording with cellist Inbal Segev features cello sonatas by Chopin and Grieg, and Schumann’s ’Fantasiestücke, hallmarks of the Romantic repertoire. Plateaux, his debut recording on Dacapo Records, featured works by late Scandinavian composer Pelle Gudmundsen-Holmgreen, including the solo piano suite For Piano, and piano concerto Plateaux pour Piano et Orchestre, with the Danish National Symphony Orchestra and conductor Ed Spanjaard. His recital at the Music@Menlo 2010 festival was recorded as part of the Music@Menlo Live series.  Entitled Maps and Legends, the disc includes Mozart’s Sonata in A major, K. 331, Grieg’s Ballade (Op. 24), and Handel’s Suite in B-flat Major.  Pohjonen joins violinist Petteri Iivonen and cellist Samuli Peltonen to form the Sibelius Trio, who released a recording on Yarlung Records in honour of Finland’s 1917 centennial of independence. The album, described by Stereophile as “a gorgeous debut”, included works by Sibelius and Saariaho.

Beginning his piano studies in 1989 at the Junior Academy of the Sibelius Academy in Helsinki, Pohjonen subsequently earned a Master’s Degree from Meri Louhos and Hui-Ying Liu-Tawaststjerna there in 2008. Pohjonen was selected by Sir Andras Schiff as the winner of the 2009 Klavier Festival Ruhr Scholarship and has won prizes at international and Finnish competitions.

Pohjonen launched MyPianist in 2019, an AI-based iOS app that provides interactive piano accompaniment to musicians everywhere. Designed and programmed by Pohjonen himself and infused with his keen musical sensibility, MyPianist acts as a “virtual pianist” for musicians looking to hone their skills or learn new material. MyPianist carefully “listens” to the musician’s playing and recreates the piano part in real time, matching the timing and nuances of the live performance. More information at https://mypianist.app. 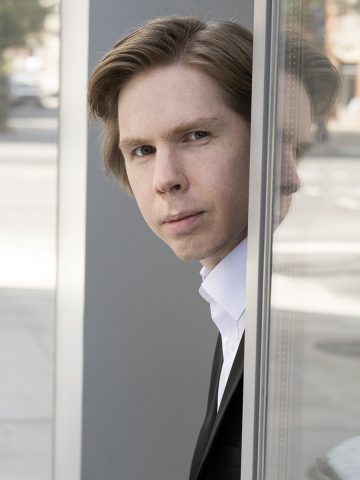 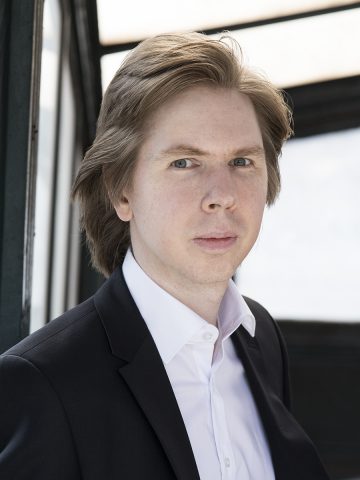 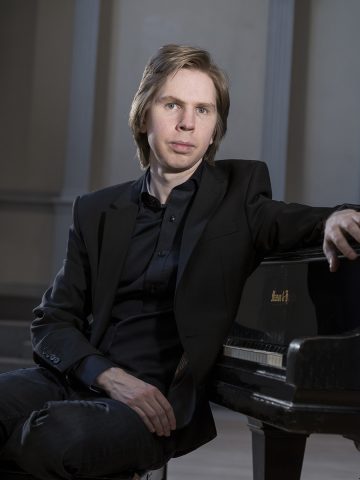 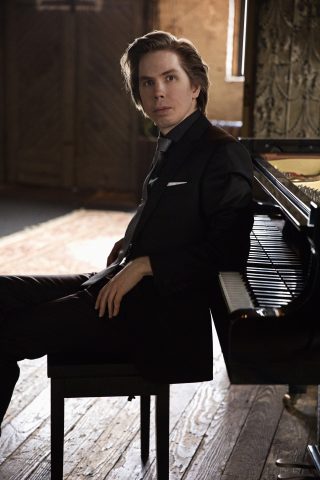 This week, Juho Pohjonen steps in at the last minute to join conductor Leslie Suganandarajah and the BBC Philharmonic, performing Chopin: Piano Concerto No. 2 which will be broadcast live on BBC Radio 3. Tune in at 14:25 on Thursday 26th May to listen live.   Or listen afterwards for 30 days here: https://www.bbc.co.uk/programmes/m0017dv3

We are delighted to announce that Finnish pianist Juho Pohjonen is joining our artist roster. Pohjonen is regarded as one of today’s most exciting and unique instrumentalists, performing widely in Europe, Asia, and North America. An ardent exponent of Scandinavian music, Pohjonen’s growing discography offers a showcase of music by Finnish compatriots such as Esa-Pekka…Read more ›

“The programme included Grieg’s Piano Concerto, with a fast-rising Finnish star, Juho Pohjonen, as the delightfully unassuming but bewitching soloist.”