If you were to draw lines to connect the dots all of Guy Barker’s various projects and ensembles, you would end up with a wall looking like one of those giant whiteboards beloved of TV police dramas. Take a close look, though, and you would find, sitting at the centre of this musical web like the mother of all arachnids, the group of top-drawer jazz players known as the Guy Barker Big Band.

This versatile ensemble’s roots go back to 2001, when an international septet featured on Guy Barker’s Mercury nominated album Soundtrack. Although two pieces from that – Underdogs and the film noir tribute Sounds in Black and White were showcased with augmented line ups at the Barbican and the Brecon Jazz Festival, this was actually one of Guy’s many orchestras (i.e., with added strings), although the concept of expanding the septet was clearly a step on the road to the creation of the Guy Barker Big Band.

His next major project was the album The Amadeus Project in 2007, which featured dZf, a cheeky Runyonesque re-working of The Magic Flute, which didn’t feature any of Mozart’s music, but did come with a sassy narrative by American actor Michael Brandon. Again, the addition of star soloists such as fiery Italian alto player Rosario Giuliani suggested something other than a regular big band, but it was definitely in the ballpark.

However, the GBBB really gelled as a permanent working unit when it settled in as the house (or, strictly speaking, Big Top) band at the 2009 Cheltenham Jazz Festival, playing alongside the BBC Concert Orchestra in a Friday Night is Music Night extravaganza. The Big Band’s relationship with Cheltenham and the BBC Concert Orchestra continues to this day. Over the years concerts in the Big Top have included tributes to the American Songbook composer Billy Strayhorn and soul and funk musician Ray Charles, with top guests such as Georgie Fame, Paloma Faith and Gregory Porter.

The GBBB has since been on tour backing George Fame, including legendary seasons at London’s Ronnie Scott’s, Soho being Georgie’s spiritual home ever since his Flamingo Club days. When Guy did arrangements of guitarist Martin Taylor’s music to create the Spirit of Django Prom in 2012 (a piece also performed in Liverpool), it was the big band alongside the Britten Sinfonia that provided the glorious musical setting. The GBBB also provides a deep pool of talent that Guy can draw on for other projects, be it backing Paloma Faith or providing the players who form the brassy backbone for the orchestra that drives the London Jazz Festival’s traditional opener, Jazz Voice.

The GBBB is also the powerhouse behind the Albert Hall’s annual Big Band Christmas extravaganza, which celebrates the festive season in swinging and soulful style, with guests such as Kurt Elling, Joe Stilgoe, Giacomo Smith, Vanessa Haynes and always with a few surprises up its Xmas stocking. But then that’s the Guy Barker Big Band: expect the unexpected. In fact, next time you look at that wall of lines joining Guy’s musical dots, the intricate web is bound to have grown considerably. But rest assured, it will still be his big band doing most of the spinning.

Guy Barker’s career has moved through several distinct phases, travelling along a linear course from jazz soloist and sideman, through bandleader, composer and latterly one of the most in-demand arrangers in Europe, while at the same time shooting off into fascinating tangents, with forays into theatre and movies. The late Anthony Minghella, a long-time admirer, asked Guy to arrange music for two of his films, The Talented Mr Ripley and The No 1 Ladies’ Detective Agency. He said of Guy: ‘Guy Barker is that rare thing -a brilliant soloist, a born leader and a generous accompanist. He can play so your heart breaks or your head swivels.’

A staggeringly accomplished musician with an affinity for all styles of music, Guy’s distinctive trumpet sound can be heard across a wide range of genres. In the instrumental jazz field, he has worked with Gil Evans, Ornette Coleman, Quincy Jones, Wynton Marsalis, Nat Adderley, Hermeto Pascoal, Joe Henderson, Carla Bley, John Dankworth, Stan Tracey, Billy Cobham and many others. The world of the Great American Song Book led him to tour with Frank Sinatra, Sammy Davis Jr, Lena Horne, Liza Minnelli, and Mel Tormé. In the classical sphere he has performed with Lesley Garrett, Willard White and the LSO, RPO, Britten Sinfonia, Hong Kong Philharmonic and London Chamber Orchestra.

Guy has also recorded eight solo albums, two of which were nominated for the Mercury Music Prize. As The Sunday Times put it: ‘The ability of Guy Barker to adapt to vastly different environments is little short of astonishing.’

During the eighties and nineties London’s studio scene was buzzing. As a result, Guy, like many British jazz musicians, found himself playing sessions for the country’s top rock and pop performers. The list is a who’s who of hit-makers and includes Paul Weller, Sting, Van Morrison, Elvis Costello, Phil Collins, Grace Jones, Peter Gabriel, and George Michael.

Guy has also presented more than a dozen radio series for Radio 2, 3 and the World Service and found himself on the West End stage being directed by Sir Peter Hall, playing and acting (just a little) alongside Eddie Izzard in Lenny. Composing and arranging was always an important part of his musical life, but over the last fifteen years, it has developed to the point where Guy is constantly in demand for those skills. This was a gradual progress, but a key moment, when he realised that his future lay in that direction, was when he was Musical Director for an awards programme, where Quincy Jones was amongst those being honoured. Guy composed an original piece for fifteen musicians to open the proceedings. The next morning he received a call saying Quincy would like a copy of the score.

Since that time, the majority of his work has been for large orchestral settings, as well as arranging for many great singers. Sting invited Guy to re-arrange one of his songs for him to sing with the Chicago Symphony Orchestra; since 2008 he has been the Musical Director and arranger for the annual Jazz Voice concert at the Barbican, which opens the London Jazz Festival. This involves arrangements for a 42-piece orchestra and collaborating and arranging for renowned singers, including Kurt Elling, Jamie Cullum, Gregory Porter, Paloma Faith, Melody Gardot, Ian Shaw, Patti Austin, Lizz Wright, Kandace Springs, as well as many up-and-coming vocalists. He performs a similar function at the Cheltenham Jazz Festival every year and Guy has formed long-lasting working relationships with many of the singers from both events.

In 2012, Guy composed, along with guitarist Martin Taylor, an orchestral suite dedicated to Django Rheinhardt, which he conducted in that season’s BBC Proms. He also became a patron of Brass for Africa, which initiates and supports music education programs for extremely disadvantaged children in the slums and orphanages of Africa.

In 2013, the world of film called once more. He was asked to arrange music for the opening of the Cannes Film Festival as a tribute to Steven Spielberg. He was also appointed Associate Composer for the BBC Concert Orchestra (BBCCO). The first work to grow out of this relationship was That Obscure Hurt, a 90-minute piece for 75 musicians, featuring the great American singer Kurt Elling and actress Janie Dee, with a libretto/narrative by author Robert Ryan, which had its world premiere at Snape Maltings.

The following year (2014) saw Guy arrange and co-produce Alison Balsom’s album Paris, then arrange and conduct a Prom for Paloma Faith, featuring a 42-piece orchestra and 35-piece choir, followed by the premiere at the London Jazz Festival of his Soho Symphony for the BBCCO, composed and arranged purely for symphony orchestra. This was an instrumental love-letter to a part of London –and its pubs, coffee bars, jazz clubs and, above all, its cast of characters -that has played a pivotal role in both his personal and musical life. A busy and fulfilling year culminated in Guy being recognized in the 2014 New Year Honours List, with the award of an M.B.E.

That, however, was a waymarker on a continuing career rather than any form of punctuation. In2015there followed a new trumpet concerto for Alison Balsom, The Lanterne of Light (a re-working of the Seven Deadly Sins), which was premiered at the Proms. Guy also arranged the album Twelve O’clock Tales for singer Clare Teal, which featured the Halle Orchestra and the BBC commissioned him to compose a violin concerto for Charles Mutter, the leader of the BBC Concert Orchestra. There was, as always, the annual Jazz Voice concert to arrange and conduct and in 2016 the Royal Albert Hall has invited Guy to put together a Big Band Christmas Show in December, also now an annual event, which has featured Kurt Elling, Clarke Peters, Clare Teal, Mica Paris, Paloma Faith and other special guests.

Guy continued his working relationship with Kurt Elling, arranging and conducting the music for the singer’s “jazz radio play”, The Big Blind, which was performed at New York’s Jazz at Lincoln Centre in March, 2019 and at the Queen Elizabeth Hall, London, in January 2020.Also in 2020, Guy began work with David Sanborn and classical saxophonist Amy Dickson on an orchestral project based around pieces by the French songwriter Alice Soyer.

Meanwhile, Guy completed a cello concerto called Guts and Steel, which is ready to be recorded. He was commissioned to write a symphonic suite based on existing works (but incorporating original sections of his own music) by Hong Kong guitarist Eugene Pao. It was to be performed in Hong Kong and Singapore, but the concerts fell victim to Covid, although they will be re-scheduled.

Guy made use of the gap in his schedule to create a new clarinet concerto for Giacomo Smith, dedicated to the much-missed John Cumming of Serious, who was both a friend and promoter of Guy’s talents. John famously enjoyed spending time with musicians after the concerts, so the piece is called The Art of the Hang, which John had very much mastered. It will be performed and broadcast on radio at some point in the future. Guy received another commission for a work featuring four cellos. The music was inspired by classic US trains and the piece is called Wood On The Tracks and it is also ready to be performed and recorded when circumstances allow.

Also in the pipeline is another chamber piece, a sextet this time, for clarinet, piano and string quartet and three more collaborations with Robert Ryan: a time slip adventure, a David Lynch-like horror story and, most ambitiously, an opera, set in a 5circus. There is an exciting big band collaboration in prospect, again with Giacomo Smith, and which will also feature New York rising alto star Lakecia Benjamin. Guy has already written extensively for this new ensemble. Plus, at some point amidst all this activity, a long-cherished project will see the Soho Symphony turned into a film.

Promoters please note: if you wish to include this biography in a concert programme etc, please contact James Brown Management to make sure you receive the most up to date version.  Email: James Brown 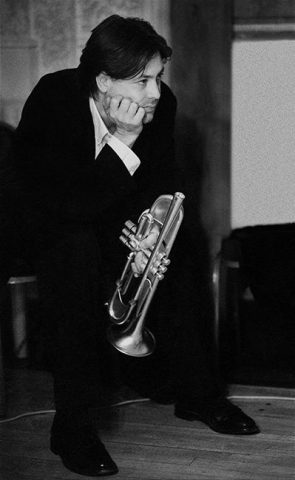 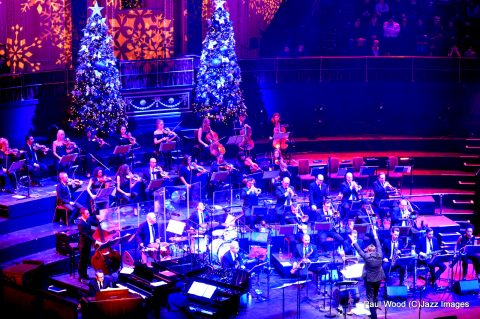 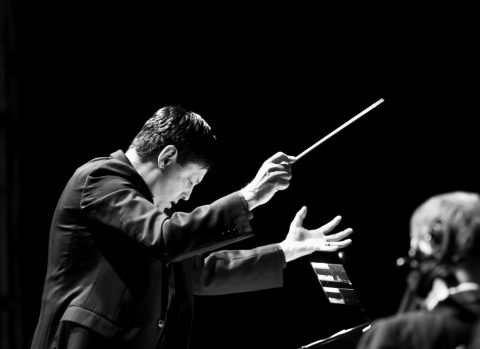 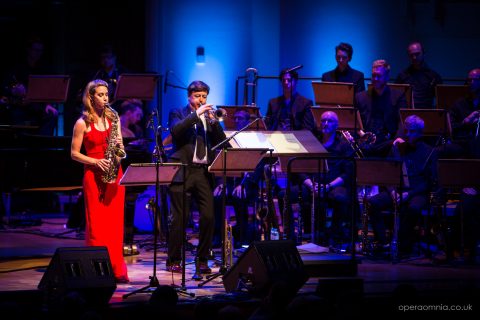