Julian Bliss is one of the world’s finest clarinettists, excelling as a concerto soloist, chamber musician, recitalist, jazz artist, and masterclass leader. As co-creator of his Conn-Selmer range of affordable clarinets under the Leblanc brand, he has inspired a generation of young players and introduced a substantial new audience to his instrument. Julian started playing the clarinet aged four and went on to study in the United States at the University of Indiana and in Germany under Sabine Meyer, turning professional aged just twelve.

In recital and chamber music he has played at most of the world’s leading festivals and halls, including Gstaad, New York’s Lincoln Center,  Mecklenburg-Vorpommern, Verbier and London’s Wigmore Hal. As a soloist, he has appeared with a wide range of international orchestras, including the Auckland Philharmonia, BBC Symphony, Royal Liverpool Philharmonic, London Philharmonic, Chamber Orchestra of Paris, Royal Philharmonic Orchestra, Sao Paolo Symphony and the Queensland Symphony.

This season, Bliss premieres a new concerto for Clarinet and Wind Orchestra, written for him by the eminent composer John Mackey. For the first performance he joins Dallas Winds with further performances taking place across the United States. Other concerto highlights include Mozart’s Clarinet Concerto with the Bournemouth Symphony Orchestra and Penderecki’s Clarinet Concerto No.2 with the English Chamber Orchestra at Cadogan Hall. There are also festival appearances and numerous performances with his Jazz Septet celebrating the music of Gershwin, Benny Goodman and Jazz in film.

Bliss ended last season with numerous summer festivals including East Neuk, Musiktage Mondsee, Risør Chamber Festival and Summer at Snape. Prior to that highlights included returning to Royal Liverpool Philharmonic Orchestra to perform Copland’s Clarinet Concerto with under Domingo Hindoyan as well as appearances at Wigmore Hall, chamber music at Oxford Lieder Festival and masterclasses in the United States.

Excellent reviews, record of the week spots and media attention flow from his recording output. In 2021, releases on Signum Records included Brahms Clarinet Sonatas with pianist James Baillieu, and an EP of Julian’s arrangements for clarinet of wind ensemble works by legends of the US band world John Mackey, Frank Ticheli and Eric Whitacre. Other recent albums include Mozart and Weber Quintets with the Carducci String Quartet; Schubert’s Shepherd on the Rock with Ailish Tynan (soprano) and Christopher Glynn (piano); Steve Reich’s New York Counterpoint; Mozart and Nielsen’s Clarinet Concertos with the Royal Northern Sinfonia.

In 2010, Bliss established the Julian Bliss Septet, creating programmes inspired by the King of Swing, Benny Goodman, and a show built around the extraordinary musical output of George Gershwin. A recording of the Gershwin programme “I Got Rhythm” released in 2021 received rave reviews – “impressive recording by talented clarinettist Julian Bliss and his excellent Septet […] Bliss’s quick-fire clarinet starts weaving free-flowing improvisational lines around the tune from the very outset […] jaw-dropping, side-stepping vibes solo […] the whole ensemble is on fire” – Gramophone. The Septet has performed to packed houses across the US and in European festivals, at Ronnie Scott’s (London) and Live from Dizzy’s Club Coca Cola (Jazz at Lincoln Center, New York).

With the launch of Bliss Music in 2020, Julian’s arrangements of a selection of pieces for clarinet and piano have been made available as sheet music. These include Rachmaninoff’s Cello Sonata Op. 19, the third movement of which has been set as a Grade 6 piece on the new London College of Music clarinet syllabus. 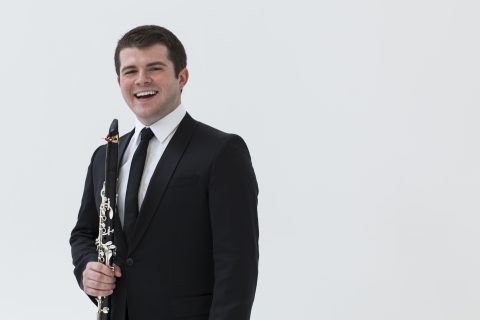 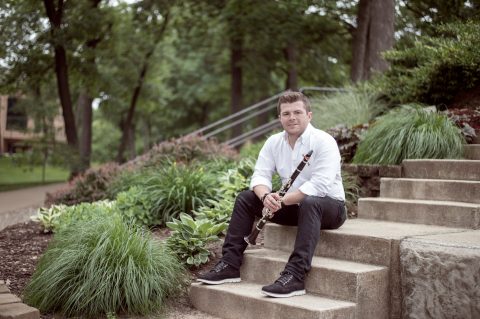 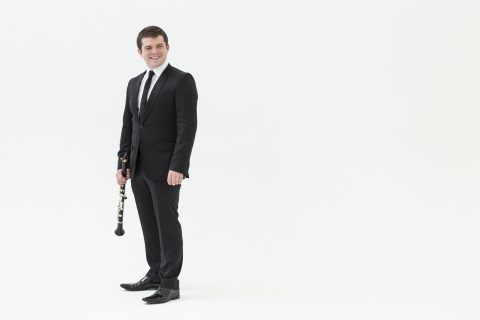 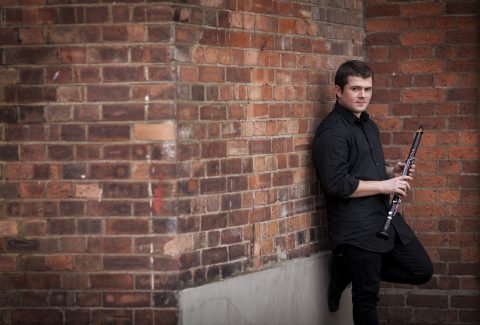 On Tuesday 18 October with the Dallas Winds and conductor Jerry Junkin, Julian Bliss gives the world premiere of Divine Mischief, a new Concerto for Clarinet and Wind Ensemble written for him by the eminent composer John Mackey. Following the premiere and a further performance with Baylor University’s Wind Ensemble and their Director of Bands,…Read more ›

We are delighted to welcome clarinettist Julian Bliss to the JBM roster alongside his septet. Performing recitals, concertos and chamber music, as well as concerts with his jazz septet, he is a true all-round musician. Frequently performing classics such as Mozart’s clarinet concerto and Brahms clarinet quintet, Bliss also enjoys working in the more contemporary…Read more › 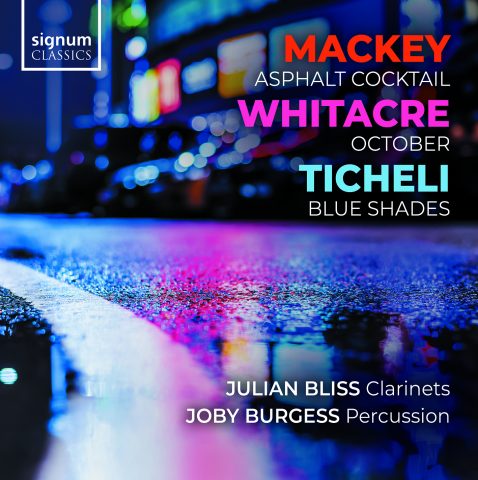 “During the first COVID lock-down I decided to record some more multi-track pieces, but wanted to do something a little bit different. Over the last decade I’ve become increasingly more involved in the American band world, and have grown more familiar with the repertoire: if you were in a band at school you may already have performed these three pieces, or others by the composers.

These multi-clarinet versions were arranged with the fantastic percussionist Joby Burgess – we each recorded our parts at home before I edited our performances together. It has been a huge amount of fun to create, as well as a fascinating challenge for me to learn more about the production side of music.” Julian Bliss 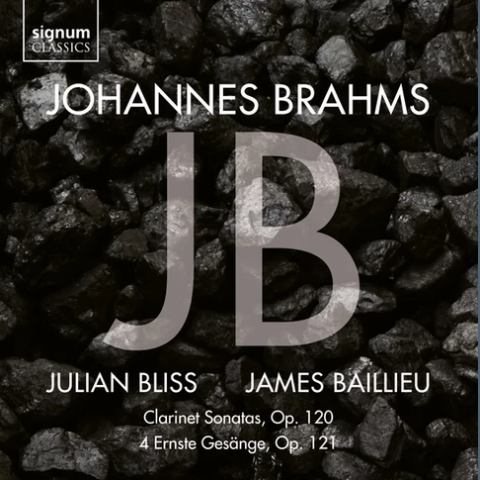 Julian Bliss and James Baillieu present a recording Johannes Brahms’ Clarinet sonatas, Op. 120 and an arrangement of his 4 Ernste Gesänge, Op.121 arranged by Bliss. These late works were inspired by the great clarinettist Richard Mühlfeld, principal clarinet of the Meiningen Court Orchestra, without whom we would not have had this clarinet repertoire. 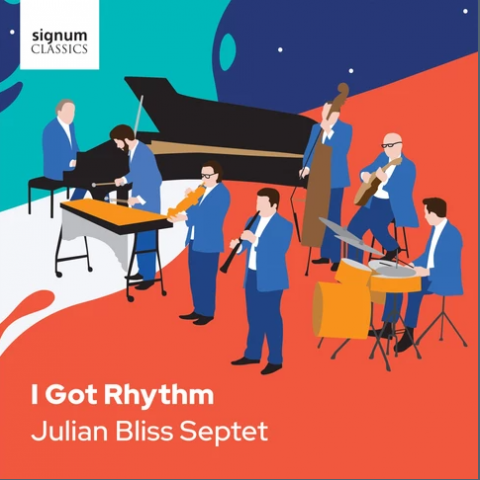 I Got Rhythm – Julian Bliss Septet

Following an acclaimed tribute album to Benny Goodman, the ‘King of Swing’, the Julian Bliss Septet returns with a new album that showcases the music of jazz legends, George and Ira Gershwin, and – by popular demand – some of Benny’s compositions and much-loved tunes. 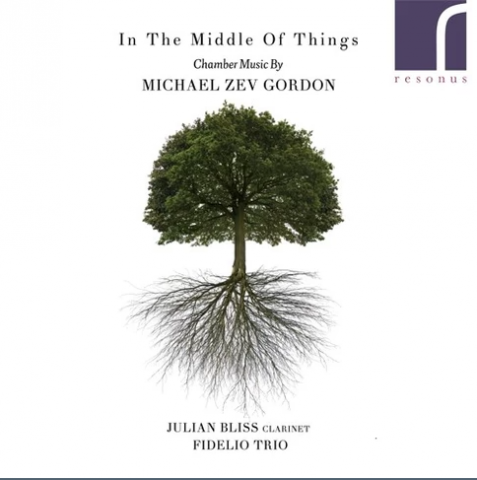 In the Middle of Things with Fidelio Trio

Julian joins The Fidelio Trio in their return to Resonus Classics to present this album of recent chamber works by British composer Michael Zev Gordon.

Presenting a varied programme of instrument combinations, the trio and Julian present works stretching back over fifteen years, celebrating Michael’s individual and idiomatic voice along with both the fascinating and wide-ranging influences within his music.