Formed in 2010, The Julian Bliss Septet quickly became widely known for their trademark inspiring jazz-fuelled shows which have captivated audiences across the globe. Their dazzling virtuosity, extraordinary musicianship and charming humour shines through their programmes of swing, Latin, American and jazz music. The band has played at some of the most prestigious venues and festivals around the world, including the Wigmore Hall in London, Snape Maltings in Suffolk, the Concertgebouw in Amsterdam, Bermuda Jazz Festival and venues across the United States. On the jazz circuit, the Septet has played Dizzy’s Club at Jazz at Lincoln Center (New York) and Ronnie Scott’s (London).

The Septet’s early shows were inspired by the great Benny Goodman whose iconic music captivated Julian Bliss as a young musician. Taking a fresh, modern approach to Goodman’s work, the Septet’s first album (‘The King of Swing’) and live performances gained widespread critical and popular acclaim and these programmes remain in great demand today. Expanding their repertoire and working with new genres of music, the group used their mastery of Western classical, swing and jazz to complement the rich heritage of Latin and wider American traditions. Co-founder Neal Thornton (piano) created a programme of new arrangements of the instantly recognizable style of Gershwin and his contemporaries (‘Celebrating Gershwin’). Including music from ‘Porgy and Bess’, ‘Rhapsody in Blue’ and popular favourites – ‘I Got Rhythm’, ‘Embraceable You’ and ‘Lady Be Good’: timeless classics.

A recording of the Gershwin programme ‘I got rhythm’ released in 2021 received rave reviews: “impressive recording by talented clarinettist Julian Bliss and his excellent Septet … Bliss’s quick-fire clarinet starts weaving free-flowing improvisational lines around the tune from the very outset … jaw-dropping, side-stepping vibes solo … the whole ensemble is on fire” – Gramophone.

Their latest programme ‘The Sound of Film – Jazz in Hollywood’ showcases some of the greatest music from the movies. Starting with silent film and the early talkies, the band echoes music from wartime & Fred Astaire films, musicals and even the classic Disney blockbusters. Toe-tapping, glorious nostalgia with great tunes such as ‘Cheek to Cheek’, ‘As Time Goes By’, ‘Sing Sing Sing’, ‘Days of Wine and Roses’ and ‘My Favourite Things’.

Promoters please note: if you wish to include this biography in a concert programme etc, please contact James Brown Management to make sure you receive the most up to date version.  Email: John McHugh 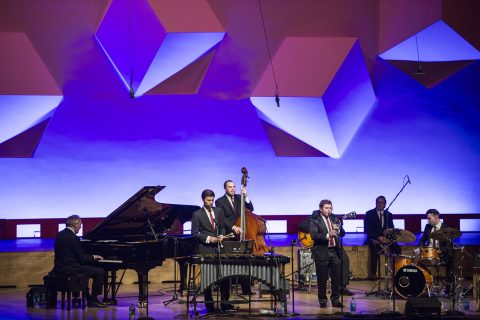 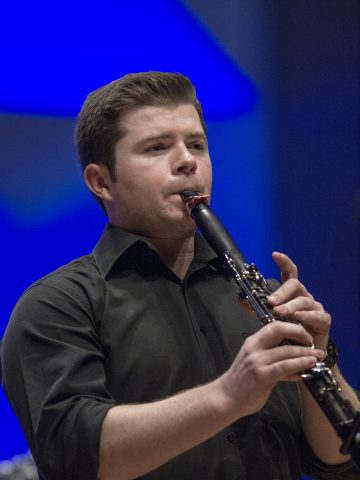 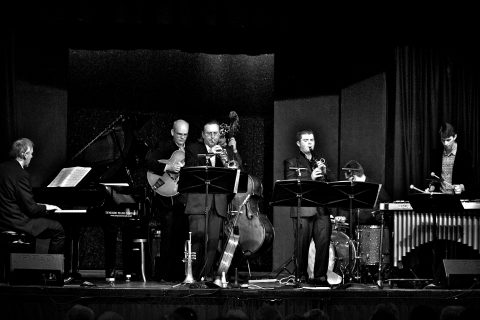 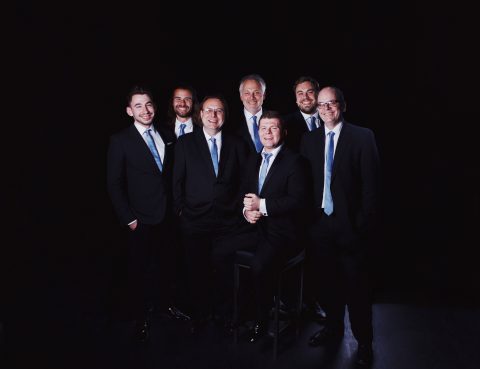 JBM is delighted to welcome the Julian Bliss Septet to the roster. Formed in 2010, the group quickly became widely known for their inspiring jazz-fuelled shows, which have captivated audiences across the globe. Their dazzling virtuosity, extraordinary musicianship and charming humour shine through in their programmes of swing, Latin, American and jazz music. James Brown…Read more ›

“the whole ensemble is on fire”

“‘Bliss’ […] ability to bring out the very best in his ensemble makes the performances on this album just as timeless as the music that’s preserved on it.” 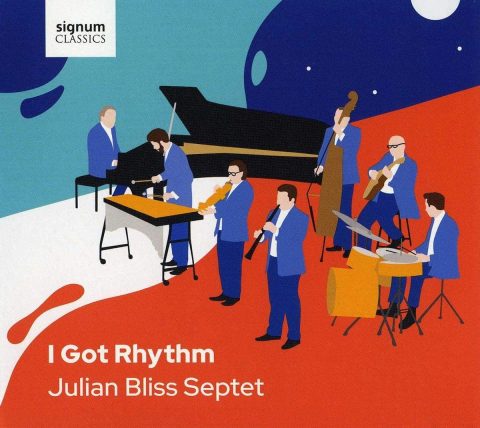 The Julian Bliss Septet returns with a new album that showcases the music of jazz legends, George and Ira Gershwin, and – by popular demand – some of Benny’s compositions and much-loved tunes. 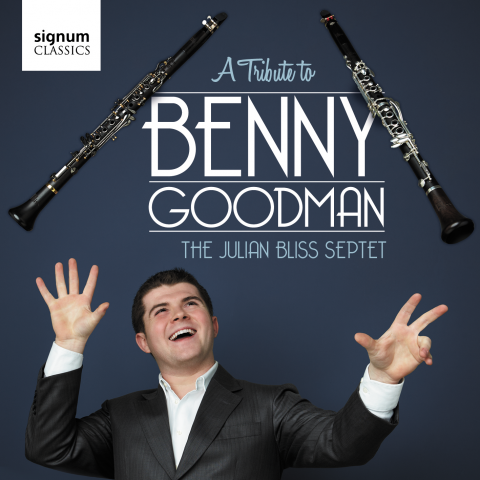 A Tribute to Benny Goodman

Recreating the exciting sound of swing from the 30’s and 40’s, Julian Bliss’s dynamic virtuosity leads his septet through some of the great tunes of the swing era, staying true to the authentic feel but naturally with a modern twist.