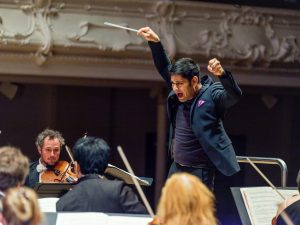 Alpesh Chauhan makes his highly anticipated debut with the Seattle Symphony this week, performing two concerts at Benaroya Hall, the orchestra’s home. The all-Brahms first half of the programme is opened with the composer’s Tragic Overture before celebrated violinist Hilary Hahn takes the stage for his epic Violin Concerto. Witold Lutosławski’s orchestral showpiece, the Concerto for Orchestra, which was composed in the 1950s, completes the programme.

More information on the concerts can be found here