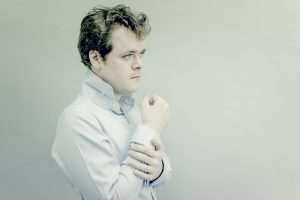 On Sunday 9 October, Benjamin Grosvenor gives his first concert as Artist in Focus at the Sage Gateshead with the London Philharmonic Orchestra, following their performance at Bridgewater Hall on Saturday evening. Under the baton of Chief Conductor Ed Gardner, Benjamin performs Mendelssohn’s Piano Concerto No. 1 as the LPO celebrates their ninetieth birthday this weekend.

Next week, Benjamin takes Mendelssohn’s Piano Concerto No. 1 to Muziekgebouw Eindhoven (12 October) with the LPO, and then on tour to Budapest (9 November) with the Liszt Chamber Orchestra and the Carnegie Hall with Orchestra of St Luke’s (17 November).

Further projects for Benjamin as part of his residency at The Sage Gateshead include with the Royal Northern Sinfonia conducted by Dinis Sousa in Beethoven’s Triple Concerto with Nicola Benedetti and Sheku Kanneh-Mason (14 April 2023) and in solo recital featuring Schumann’s Kreisleriana (14 May 2023).