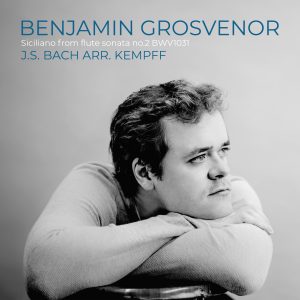 This comes hot on the heels of his recent honour as recipient of the Prix Caecilia 2021 award for his Liszt Album which he accepted (in absentia) at Flagey, Brussels late last week. The jury were unanimous in their praise of the release:

“…this recording by Benjamin Grosvenor shows a rarely heard intelligence and delicacy. Phenomenal technique and intellectual brilliance create an exceptional performance of a work that has been recorded so many times. The rarely performed Berceuse, Petrarch’s Three Sonnets and Liszt’s arrangement of Schubert’s Ave Maria are rendered with genuine poetry and finesse. Grosvenor shines in Réminiscences de Norma and shows amazing virtuosity in this insanely difficult score.”

Benjamin’s remarkable 18 date US & Canada tour continues this evening in Toronto (including Liszt’s B minor Sonata), with further performances including Miami, New York, Schenectady and Philadelphia.