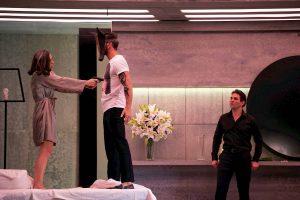 Christopher Moulds has been busy preparing a revival of Mozart’s Così fan tutte at Opernhaus Zurich. This dense and radically modern production by Kirill Serebrennikov is from 2018, and was developed under unique conditions. The Russian director was under house arrest in Moscow and unable to attend rehearsals. But that didn’t diminish his artistic powers, and critics and audiences alike were thrilled by his results. The opening night is on Sunday 14th November followed by 5 additional performances.