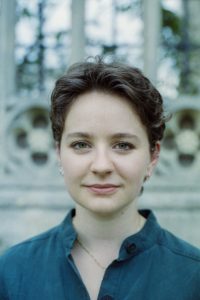 The BBC Young Musician winner’s first release for the label explores the rich folk melodies of Kodály, Dvořák and Janáček, together with pianist Jâms Coleman (due for release February 2022).

Laura van der Heijden comments: “I am so excited to be joining such a wonderful roster of artists at Chandos. It is an honour to be associated with a recording label with such integrity, and that puts music above everything else. Having their support and trust is incredibly inspiring, and gives me confidence in a future filled with interesting, creative, and heartfelt recording projects.”

Ralph Couzens, managing director of Chandos Records said: “I first became aware of Laura when she won the BBC Young Musician competition in 2012, and have closely followed her career ever since, as she has developed into a world-class musician. I’m delighted to welcome her to Chandos, and excited about the great projects we have planned for the future.”

Laura released her debut album in 2018 to critical acclaim. Entitled 1948, the recording featured Russian music for cello and piano with pianist Petr Limonov and won the 2018 Edison Klassiek Award and the 2019 BBC Music Magazine Newcomer Award. Gramophone magazine called the release “a thought-provoking disc from an impressive and intelligent young cellist”.