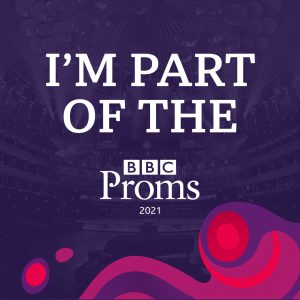 We are thrilled to announce that two JBM artists will feature in the 2021 BBC Proms.

Daniel Hyde returns to the Proms to join the line-up of the First Night of the 2021 season on Friday July 30th, performing Poulenc’s Organ Concerto with the BBC Symphony Orchestra lead by Dalia Stasevska.  The programme includes Ralph Vaughan Williams’ Serenade to Music which was written to celebrate the Proms’ founder-conductor Henry Wood’s 50 years on the podium.

Benjamin Grosvenor also returns joining the Halle Orchestra under the baton of Sir Mark Elder to perform Beethoven’s Piano Concerto No.4 on Tuesday 7th September. The concert marks the 100th anniversary of the death of Saint-Saëns and will therefore include his cadenzas in the concerto. Benjamin’s first appearance at the BBC Proms came in 2011 (aged nineteen) when he was invited to perform with the BBC Symphony Orchestra at the First Night. He has returned to the festival many times since, including an appearance at the Last Night of the Proms 2015.

To see more about these concerts and the rest of the Proms 2021 visit the BBC Proms website here: https://www.bbc.co.uk/proms/events/by/date/2021