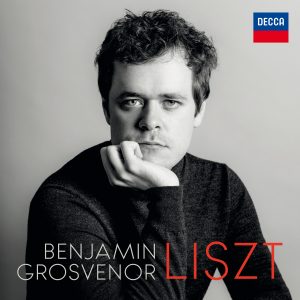 Pianist Benjamin Grosvenor has renewed his exclusive partnership with Decca Classics, which so far has seen acclaimed releases such as his 2016 recital album Homages and, most recently, his recording of the Chopin concertos with the Royal Scottish National Orchestra and Elim Chan, which won a Diapason d’Or and Gramophone Concerto Award in 2020.

Benjamin’s first release as part of the new contract, Liszt, features the composer’s masterwork, his Sonata in B minor, together with his three Petrarch Sonnets, Berceuse, transcription of Schubert’s Ave Maria, and his fantasy on Bellini’s Norma. The recording will be released on 19 February 2021.