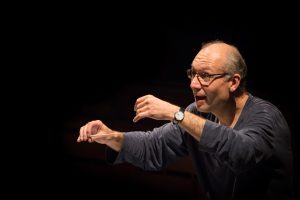 Christopher Moulds is back in Moscow over Christmas, this time to conduct Mozart’s The Marriage of Figaro. There will be four performances starting tonight.

He will also be returning in January for further performances of Dido and Aeneas which has been nominated for a Golden Mask award.