Return to the Proms 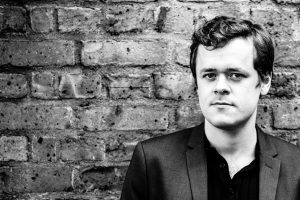 Benjamin Grosvenor joins this year’s live Proms in a concert at the Royal Albert Hall on 9 September. Appearing with the Philharmonia Orchestra under the baton of Esa-Pekka Salonen, Benjamin will be the soloist in Shostakovich’s Piano Concerto No. 1. The concert will be broadcast live on BBC Radio 3 and available to watch on BBC iPlayer.

Benjamin is a frequent guest at the BBC Proms, and has performed both at the opening and at the closing nights in the past. His most recent visits were in 2018, when he performed Gershwin’s Rhapsody in Blue together with the National Youth Jazz Orchestra and Guy Barker at a Late Night Prom, and a week later Mozart’s Piano Concerto No. 21, K467 together with the BBC Symphony Orchestra and Sakari Oramo.

For further information about this year’s performance please click HERE.