Artist in Residence at Radio France 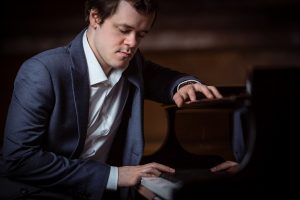 Pianist Benjamin Grosvenor has been announced as Artist-in-Residence with Radio France for the 2020/21 season. He marks the beginning of his residence with a performance of Rachmaninoff’s Piano Concerto No. 2 with the Orchestre National de France under the baton of Cristian Măcelaru, the orchestra’s Music Director Designate, in September 2020.

Later in the season, Benjamin joins the Orchestre Philharmonique de Radio France for a performance of the Piano Concerto by Benjamin Britten, conducted by Krzysztof Urbanski, as well as for a chamber music concert including Richard Strauss’ Piano Quartet, featuring members of the orchestra. He returns to Paris in June 2021, for a solo recital broadcast on Radio France, the final concert of his residence.