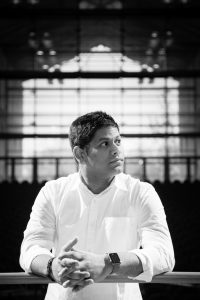 Birmingham Opera Company has appointed Alpesh Chauhan as their Music Director from July 2020. Standing alongside Artistic Director Graham Vick, Alpesh will lead the Company in its ground-breaking work involving the local community and attracting new audiences for innovative and world-class opera performances.

Alpesh first joined Birmingham Opera for a production of Shostakovich’s Lady Macbeth of Mtsensk at Birmingham’s Tower Ballroom, a disused former nightclub, in March 2019. The production was later awarded the Royal Philharmonic Society’s Award for Opera and Music Theatre.

Born in Birmingham, Alpesh credits much of his musical upbringing to the vibrant local music scene, saying “Growing up in Birmingham gave me the best of musical starts – being immersed in a city of culture at the highest level – and I’m now extremely happy to be a regular contributor to the city’s glowing cultural output. I am especially delighted to be a part of an organisation such as BOC which constantly thinks outside of the box with its totally immersive performances, successfully broadening the opera audience.”