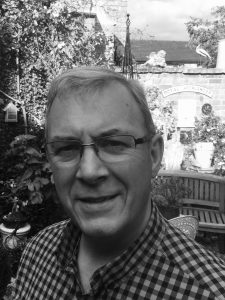 Born in the Scottish Borders, John studied at Aberdeen College of Education and subsequently taught music at Aboyne Academy for just over 3 years before deciding to resume studies in the Opera School at the Royal College of Music, London.  On leaving the RCM he sang in the chorus of Opéra de Monte Carlo and as part of La Stagione Estiva Livornese in Italy.  Later seasons included work with New D’Oyly Carte Opera, New Sadlers Wells Opera and a return to Monte Carlo.  After leaving singing behind John worked at the English National Opera Shop as Assistant Manager and was promoted to Manager where he worked for several years before deciding to move into Artist Management. John also followed up his interest in languages studying part time with the Open University, and gained a B.A. (Hons) in Language Studies, graduating “locally” at Ely Cathedral.  In 2005, John joined the vocal division of Hazard Chase Ltd as an Artist Manager, through until the pandemic struck in 2020. John happily returned to the business on a part time basis in October 2021 as General Administrator, supporting the JBM team.