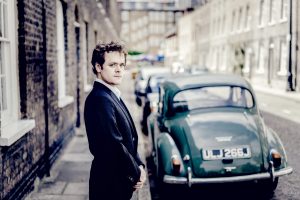 An exciting summer awaits Benjamin Grosvenor who this week performs at the Blossom Festival with the Cleveland Orchestra in Liszt’s Piano Concerto no.1, conducted by Elim Chan on Saturday 9 July.

After Beethoven’s Piano Concerto no. 4 as a special performance on the Isle of Man with the Hallé Orchestra on 23 July conducted by Sir Mark Elder, he then heads to the south of France for Le Festival Radio France. Here, Benjamin will give two performances with the Scottish Chamber Orchestra and their Principal Conductor Maxim Emelyanychev featuring Beethoven’s Concertos no. 4 and no. 3 on consecutive evenings to close their ‘So British’ Festival on the 28 and 29 July respectively.

Following two solo recitals in the beautiful surroundings of La Roque (31 July) and La Vézère (3 August), it’s back home to London for the BBC Proms – where on Saturday 13 August he will perform Prokofiev’s Third Piano Concerto with Vienna Radio Symphony Orchestra under the baton of Marin Alsop. This performance will be broadcast live on Radio 3 and later televised on BBC 4 on 21 August.