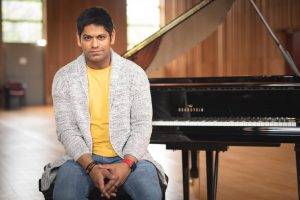 We are delighted to announce that British conductor Alpesh Chauhan has been awarded an OBE in Her Majesty The Queen’s New Year’s Honours list for 2022.

Alpesh receives the honour for services to the arts. The Music Director of Birmingham Opera Company was delighted to accept the prestigious award: “It was a happy surprise to find out that I had been awarded an OBE…I appreciate the recognition and the prestige of the award very much.’

Alpesh celebrates appropriately today by conducting not one but two New Year’s Day concerts with the Dusseldorfer Symphoniker where he took up the position as Principal Guest Conductor earlier this season.