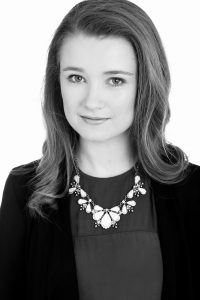 Sarah graduated from The Queen’s College, Oxford in 2015 where she read Music as a choral scholar and managed the university’s string ensemble. She began her career at a PR agency, going on to complete a traineeship in the Vocal & Opera department of Intermusica. She joined Hazard Chase in 2017 working with instrumentalists, conductors and ensembles including The Tallis Scholars. Sarah is a keen performer, having studied singing and violin at the Junior Department of the Royal Academy of Music. Since then, she has toured China, Mexico and South Africa and taken part in many recordings. Sarah also enjoys musical theatre and played the role of Jane Banks in the Cameron Mackintosh production of Mary Poppins in the West End.