Berman’s greatest achievement was to have looked at [the] … new Piano Concerto for the first time that morning and to keep the orchestra phantasmagorically in synch with the soloist.

Jonathan Berman has established a reputation as an imaginative and insightful conductor, whose wide-ranging achievements both on and off the podium reveal a creative musician of many talents.

“Berman’s gift for taut and rhythmic conducting in the López Bellido, had been anticipated in the opening work, John Adams’s Short Ride in a Fast Machine. One of this composer’s most obviously minimalist pieces, Berman had no problems keeping the work tightly together – and more importantly meaningful to the vast jungle of rhythms that make it run on its very well-oiled orchestral engine.”

“Berman paced the work (Also Sprach Zarathustra)  beautifully – some conductors take a less fashionable, more languid approach to this work – and managed to get exquisite playing from the LPO. Von der Wissenschaft was especially impressive, not least the magnificent fugue where Strauss has the cellos ascend in pairs beginning on their lowest strings. But there was so much more to the performance – careful attention to the trombones and horns, the brilliant woodwind phrasing, the freedom he gave to the solo violin. It was extremely impressive in a work that often gets lost in transitioning its movements together.” Marc Bridle Seen and Heard International.

In 2020 Jonathan launched ‘The Franz Schmidt Project’ to record all the symphonies of Franz Schmidt with the BBC National Orchestra of Wales, with the 1st Symphony recorded in January 2020. “The Franz Schmidt Project” has been set up to perform and promote his music, leading to Schmidt’s 150 Birthday in 2024. Partners include BBC National Orchestra of Wales, BBC Radio 3, The Austrian Cultural Forum, London, The British Council Vienna, the Royal Welsh College or Music and Drama, Royal Academy of Music, London and the Filarmonica “George Enescu”, Bucharest.

During the pandemic, Jonathan’s innovative and imaginative approach led to him creating nine award-winning films focussing on classical music for Greengage Productions. His work aims to push the boundaries of classical music film: combining animations, stop motion, art, poetry and choreographic cinematography in repertoire as diverse as Bach, Messiaen, Stravinsky and Satie.

As an opera conductor he has a repertoire of over 40 operas, and has conducted productions for the Nationale Reis Opera, English Touring Opera, Aldeburgh Festival, Grachten Festival, Anghiari Festival, Dartington International Festival, Jerwood Opera Course, Opera Studio Netherlands, Dutch National Opera Academy, Mahogany Opera, Centre for Opera Studies in Italy, and has been a cover conductor at the Royal Opera House London, Barbican Centre and the Holland Festival.

As a student, Jonathan was mentored by – and became close friends with – Oliver Knussen and Stanislav Skrowaczewski. He studied a Bachelors and Masters degree with Jac van Steen at the Royal Conservatoire in The Hague. Jonathan is the first Brit and first conductor to have won the Kempinski Young Artist Prize, which enabled him to study with Franz Welser-Möst and the Cleveland Orchestra, and with Michael Tilson Thomas and the New World Symphony.

In the tradition of Leonard Bernstein, Jonathan is a conductor who relishes communicating complex ideas with all audiences. He goes above and beyond the traditional role of a conductor engaging and forming the trust of audiences from traditional listeners to the next generation. 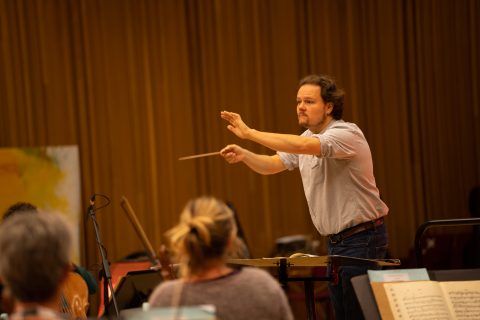 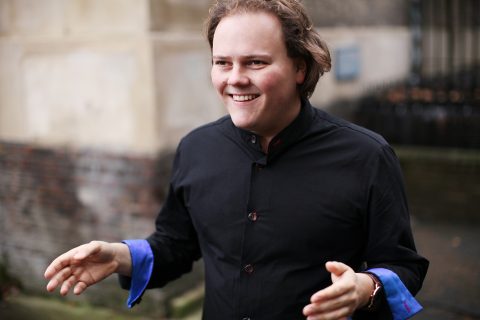 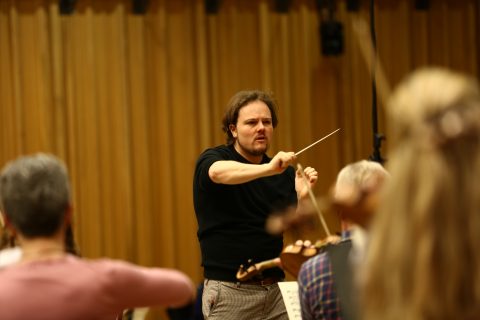 Jonathan Berman steps in to conduct the LPO

Bravo to Jonathan Berman for stepping in at the eleventh hour to conduct a thrilling programme at the Royal Festival Hall with the LPO last night. The evening included the World Premiere of Nimmy Lopez’s new Piano Concerto written for Javier Perianes and R.Strauss’ Also sprach Zarathustra. “Berman’s greatest achievement was to have looked at…Read more ›

We are pleased to announce that British conductor Jonathan Berman joins the roster as our first new signing of 2022. A champion of the music of Franz Schmidt and Oliver Knussen, he has a strong reputation for contemporary music and is a creative and passionate communicator. Later this season he conducts the Cleveland Orchestra at…Read more ›

“A potent performance from the BBC National Orchestra of Wales conducted by Jonathan Berman. Full of life, energy and optimism. Berman communicates the natural organic quality he finds in the music which seems so simple he says but takes a great amount of work to achieve. Excellent recording as well and I’m delighted to say that they’re going to complete the series of all four symphonies in the run-up to the composer’s 150th birthday in 2024.”